The history of Troop Six begins on the twenty-ninth day of January, 1915 when the Bob White Patrol, composed of six boys and a Scoutmaster, was organized. The six boys, Clarence Hood, Robert Watson, Houston McNutt, John Morrell, Martin Coykendall and Raymond Marthens, were the founders and charter members of Troop Six. The Scoutmaster, J. E. Morgan, was the troop’s first leader.

In 1916, under the leadership of the second troop Scoutmaster I. A. Martin the troop was moved to Second Presbyterian Church.

Today the troop contains more than 30  boys, making up five patrols.  The current leadership is lead by Scoutmaster Hal McCrory.  There are more than eleven Assistant Scoutmasters and dozens more other active adult leaders. 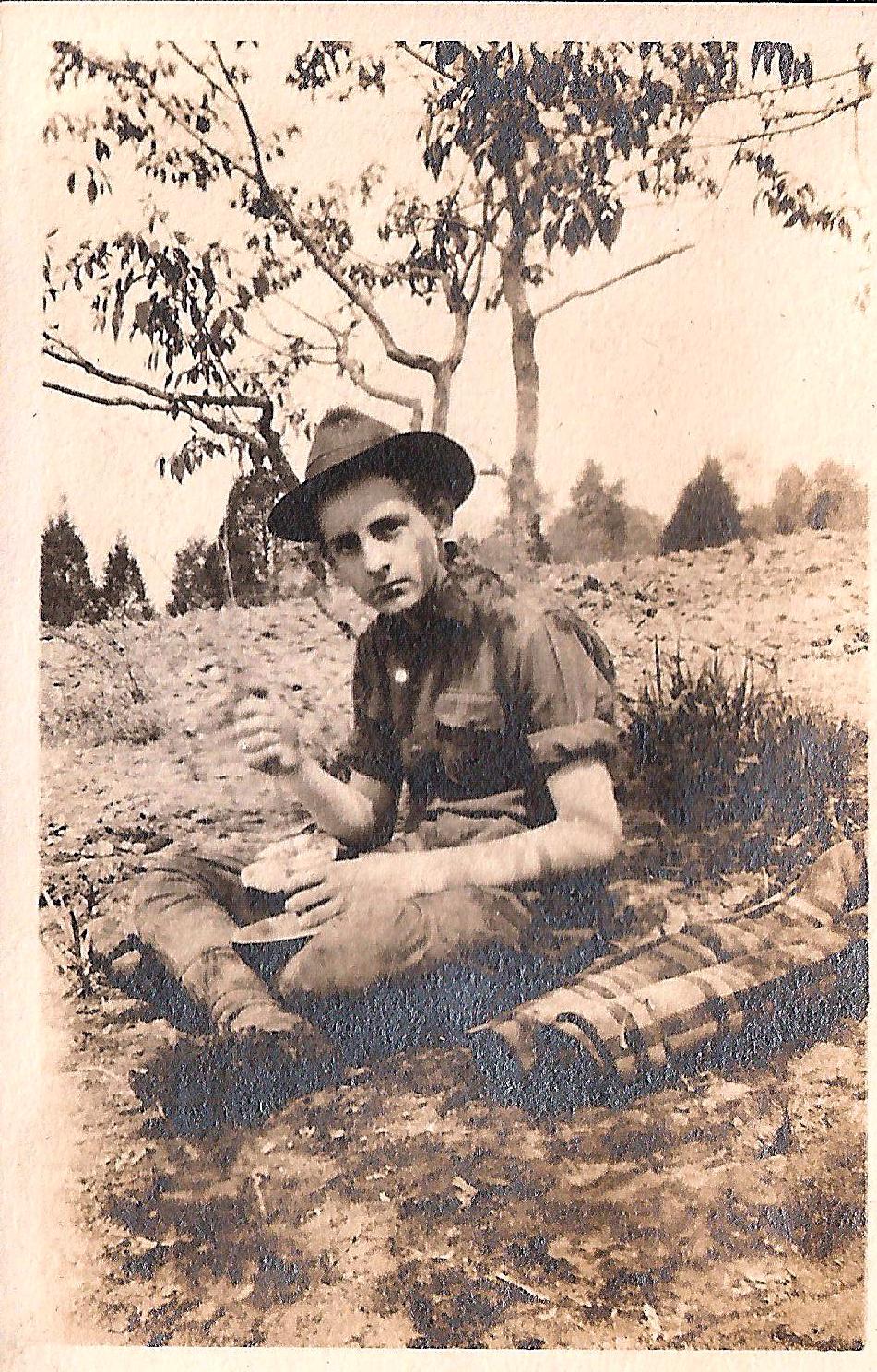 From the Scrapbook of Troop 6 Founding Member Martin Shepherd Coykendall. 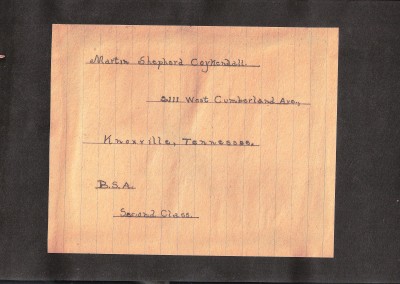 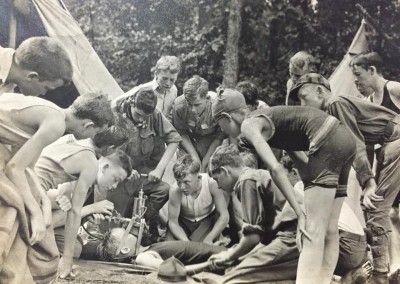 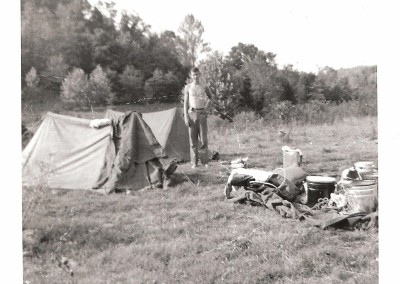 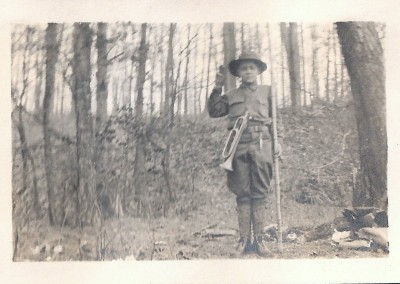 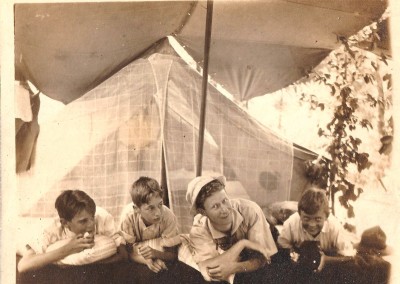 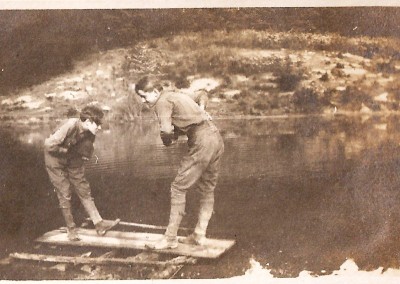 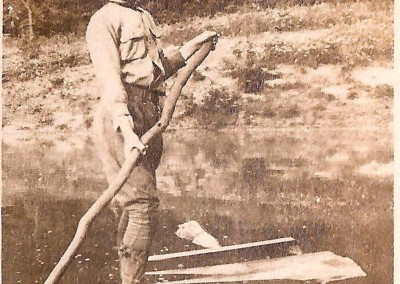 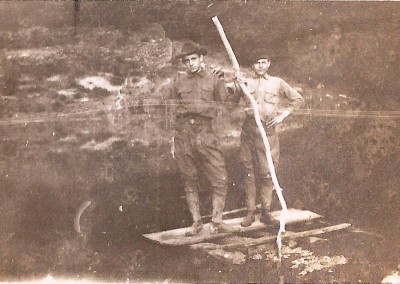 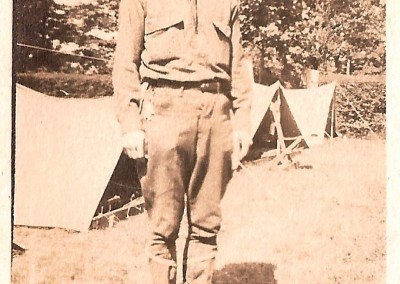 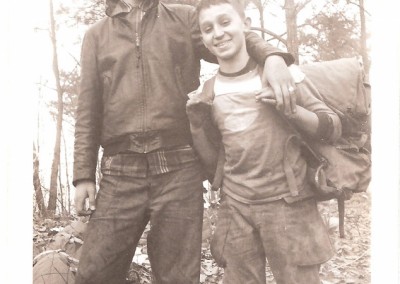 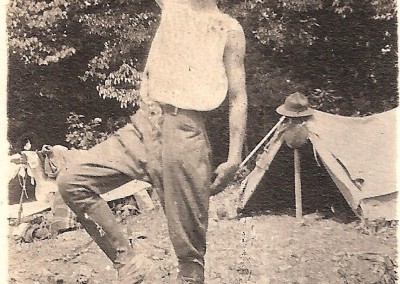 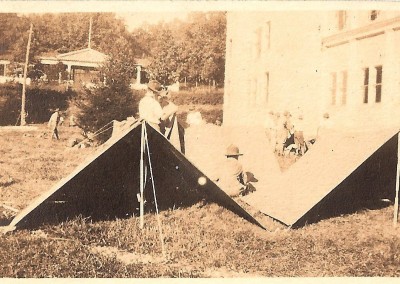 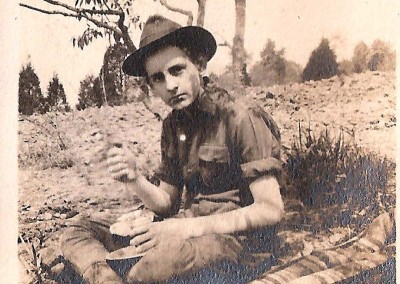 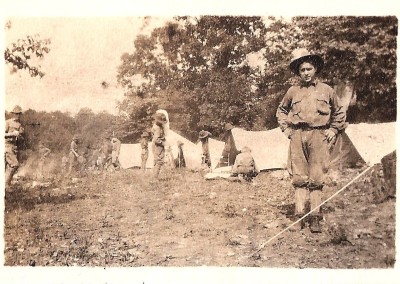 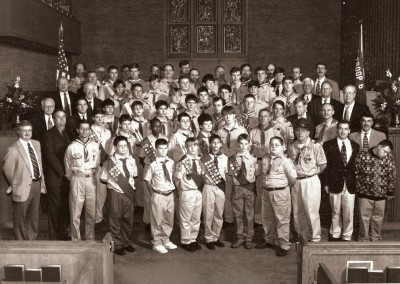 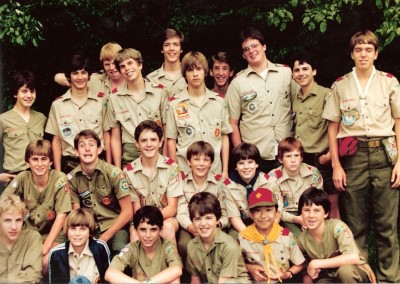 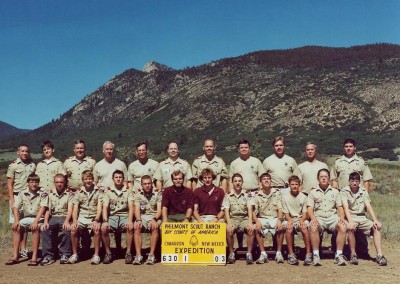 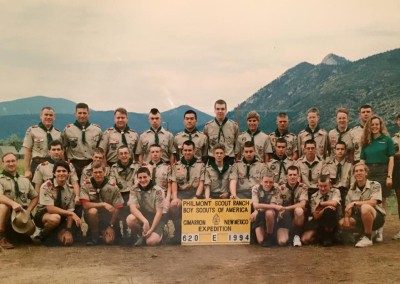 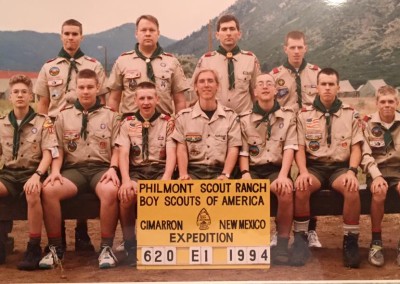 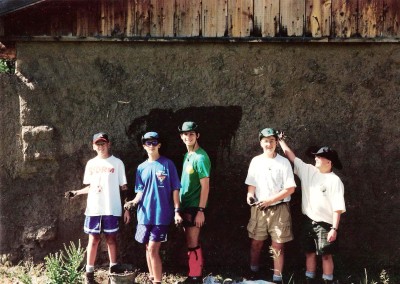 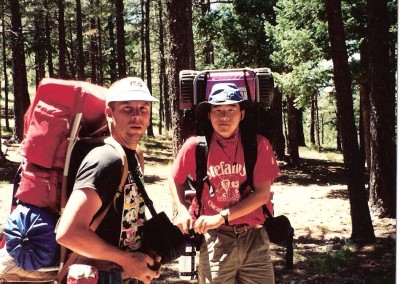 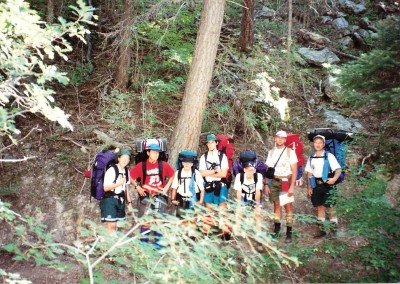 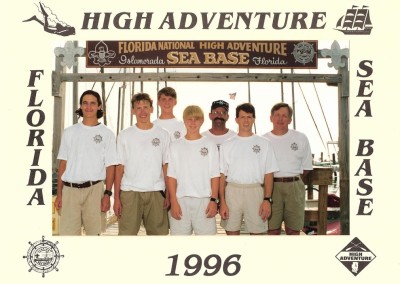 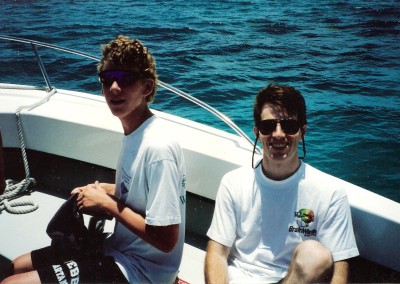 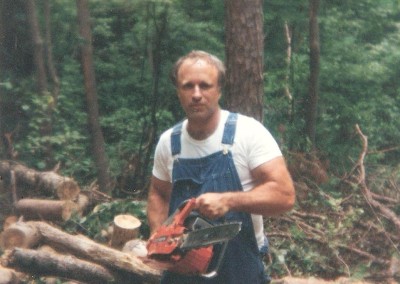 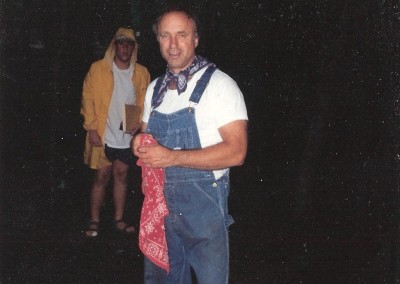 The History of Troop 6

The history of Troop Six begins on the twenty-ninth day of January, 1915 when the Bob White Patrol, composed of six boys and an assistant scoutmaster, was organized. The six boys, Clarence Hood, Robert Watson, Houston McNutt, John Morrell, Martin Coykendall and Raymond Marthens, were the founders and charter members of Troop Six. The assistant scoutmaster, J. E. Morgan, was the troop’s first leader.

The membership was limited at first to eight boys, but soon this limitations was found impracticable and was removed. On the tenth of March, 1915, a troop was formed with the original Bob White Patrol as a nucleus. A meeting place was arranged for at the Fort Sanders Presbyterian Church, and Dr. R. I. Gamon, the pastor of that church was made the scoutmaster. By March the tenth of the next year, the Troop had three full patrols, the Bob White, the Whippoorwill and the Elk. The scout spirit was especially good at this time, and a heated rivalry between patrols had been developed. The individual advancement was also good, considering the fact that there were, then, only First Class Scouts in the city of Knoxville.

About this time, however, church duties began to require more of Dr. Gamon’s time, and in the latter part of 1916 he was forced to resign. Mr. I. A. Martin, who up to that time had been Assistant Scoutmaster, was then made Scoutmaster. Upon the suggestion of Mr. Martin, Troop Headquarters was moved to the Second Presbyterian Church, where it has remained ever since. Troop Six, while under the leadership of Mr. Martin, first attained the position of ranking troop of Knox County. For two year of the years, during which Mr. Martin was scoutmaster, Troop Six win the Efficiency Contest and was awarded the silver sup.   (1917, 1918)

It was also during the scoutmastership of Mr. Martin that all the war campaigns were carried on. In these campaigns, Troop Six made an enviable record. Thousands of pieces of literature were distributed and hundreds of posters put up. Troop Six participated in all of the Liberty Loan Drives, and, in every one, held first place, (with the exception of one) both as to the number of bonds sold and as to the amount which these bonds represented. For the five Liberty Loans, Troop Six sold about one sixth of all the bonds which were sold by Knoxville Scouts and over one fourth of the total amount. Members of Troop Six received a total of 103 medals for service in the Liberty Loan campaign. Troop Six stood second in the sale of War Savings Stamps. In the Liberty Loan and War Savings Stamps combined, the total sales of Troop Six amounted to over one million dollars.

In June 1919, Mr. Martin accepted the position of Deputy Commissioner and turned over a full troop of 32 boys to Mr. John K. Gillespie, Jr. Unfortunately, Mr. Gillespie did not have much time which he could give to Scouting. Nevertheless, he kept the troop in good condition until February 1920, when he resigned in favor of Mr. H. P. Strayer.

The troop, under Mr. Strayer, has experienced the greatest prosperity it has ever known. Great enthusiasm has been shown, good meeting have been held; a number of hikes have been taken; parents meetings and other social events have been arranged. Under these conditions, the membership has increased from 24 to over 40. During the past year, Troop Six has held the Efficiency Banner for eleven consecutive months, a feat never before accomplished by an Knoxville troop. Today Troop Six contains 12 Tenderfoot, 11 Second Class, 14 First Class and 10 Eagle Scouts., 2 assistant scoutmasters, one of whom is first class, the other an Eagle Scout., and a scoutmaster with 48 merit badges. 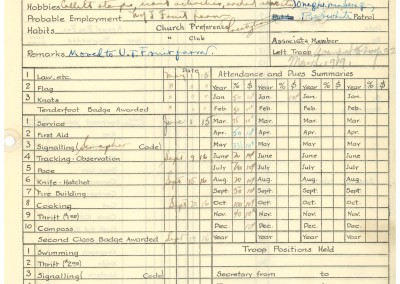 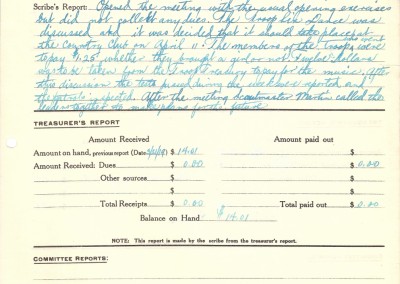 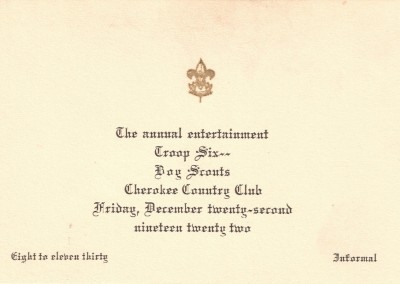